Square’s Prowess is Not in Its Business Model, nor Its Customer Service

Public relations is a powerful thing, just ask Martha Stewart. The ingenuity behind her company’s PR strategies at her brand managed to take her status as a convicted felon and turn it in to a powerful comeback story, launching her back in to the game – including a $38.5 million dollar deal with JCPenney. But would the scenario have played out the same if Martha was handling people’s money?

SquareUp, a payment processing company (handling people’s money) is riding the public relations train all the way to the bank. The PR team at Square has been using founder Jack Dorsey’s Twitter affiliation (also co-founder of Twitter), coupled with a PR strategy including lively TV commercials, futuristic fonts, advertising featuring card readers plugged into all of Apple’s trendiest phones and tablets, postcard mailers and more to convince the court of public opinion through powerful branding messages that Square, is indeed, the way to go. Although a solid strategy, its merit may be falling short, and it is catching up with them.

Tedra DeSue a blogger for The Motley Fool, a multimedia financial-services company questions Starbuck’s recent decision to invest and partner with Square based on the sheer volume of complaints regarding lack of funding and poor customer service plaguing Square’s image.

“As I reviewed Square and how it stacked up to others, the first thing to catch my attention was the exhaustive number of complaints that had been lodged against it,” said DeSue. “The main complaint stemmed from Square’s customer service, or lack thereof…”

DeSue continues. “Perhaps I am truly archaic in thinking that a company that handles my money should have a phone number I can use to call to speak to a customer service rep… How much any of this banter about customer service weighed in Starbucks’ decision to choose Square is not apparent.”

There is no doubt that Square is a disruptor. What’s actually in question is their business model… and if their approach to the disruptance could perhaps hurt them in the long run. The Strawhecker Group, a management consulting company focused on the electronic payments industry published a well illustrated infographic this week offering some context on Square’s place in the marketplace titled Should Traditional Merchant Acquirers Beware of Square?.

The graphic clarifies the idea that Square’s logical placement in the market is within the micromerchant sector explaining that the lack of underwriting (and customer service) offers a huge challenge for businesses processing larger volumes. Strawhecker also questions the sustainability of Square’s business model as a consequence of 1) Higher risk as a result of lack of underwriting 2) their portfolio of micromerchants who traditionally have higher attrition rates and longer payback periods and 3) the lack of security and compliance being that the majority of Square’s card readers out in the market are unencrypted – leaving businesses and their customers at high risk of fraud.

The Verdict, according to Strawhecker, “…it can be argued that much of Square’s status is driven by its founder’s PR prowess rather than a proven sustainable business model.” Ouch…. 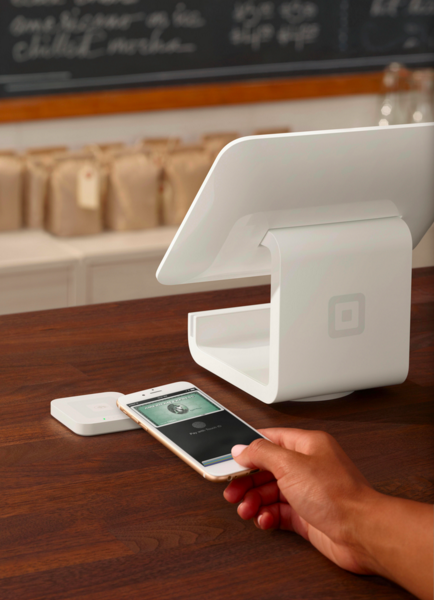